Local 1994 Shop Stewards came together in mid August for training in a new format. Field Representatives and other staff created a seminar-style environment and discussion panels to make the training more interesting and engaging for stewards. 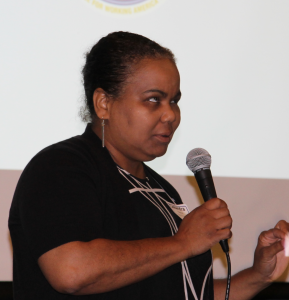 Stewards went to one of two training sessions – one in Gaithersburg, one in College Park area – on August 14 or August 16 to learn about how to take a leadership role in the union and their workplaces. Agenda items included panel discussions on the role of a shop steward, stewards legal rights and responsibilities, and solving workplace problems. 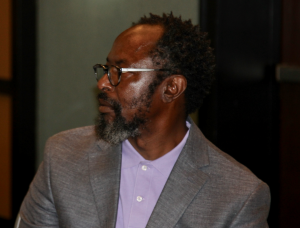 Thaddeus Jah, a new steward, said he stepped up to lead to be among “the difference makers.”

In both sessions, there were several new stewards. At the session in the College Park area, approximately 30 percent of the attendees were new stewards. When asked why he stepped up to help lead the union, Ride-On Steward Thaddeus Jah said he became a steward because “I just wanted to join the difference makers.”

When asked about how to be a leader, Executive Board member John Smoak made it clear to the stewards: “Don’t shy away from your responsibilities as a shop steward, give [members] the reasons to stay in the union,”

Katie Wiltshire, a steward with police services, helped lead the August 14 discussions. She stressed the importance of getting to know the people in the department, not just the ones having issues, but all of them.

“I have an email group that allows me to communicate to all the PSAs. I have meetings with everyone in my department, sometimes including supervisors. I make sure that they know their voices are being heard,” said Wiltshire. 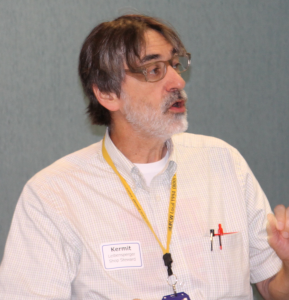 “Read a page or two per day,” said Leibensperger on knowing your contract. “It will garner respect of the membership if you know what you’re talking about.”

Most of the more experienced stewards attending the training underscored the importance of knowing the contract. Kermit Leibensperger, a steward in permitting services in Montgomery County, advised stewards to have a copy of their contract at home and at work.

“Read a page or two per day,” said Leibensperger. “It will garner respect of the membership if you know what you’re talking about.”

Others advised that knowing the contract is important, but also suggested letting a member help you find the provision in the contract that the member is asking about.

“Don’t retreat from your role as a shop steward when speaking to management,” said Lee. “Don’t assume that there’s a lopsided power dynamic. You are in the same position of authority. Tell them: ‘Here’s where the issue is and here’s what we need to have addressed.'” 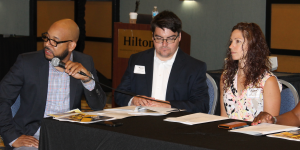 “Maintain professionalism,” Lee stressed. “Don’t be afraid to assert yourself. We have your back. Don’t let fear impede you from doing your job.”

A section of the panel discussions focused on solving workplace problems. Attendees were presented with various scenarios and were asked to weigh in on whether it was a grievance or a gripe.

“A member is upset that they are placed on sick leave restriction. There is a valid pattern of abuse. Grievance or Gripe?”

“Member was not given overtime for previously approved hours worked outside of the normal workday. Grievance or Gripe. 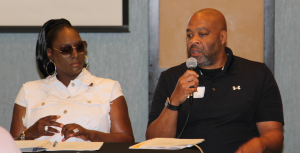 Several other scenarios were presented.

Shop Steward from PGCMLS Steve Valentich pointed out that it is important to make note of gripes, because, “sometimes gripes can be dealt with in bargaining.”

PGCMLS successfully dealt with climate control issues in one of their previous bargaining session after members complained over and over about temperatures at the various branches.

MCGEO members getting out the vote