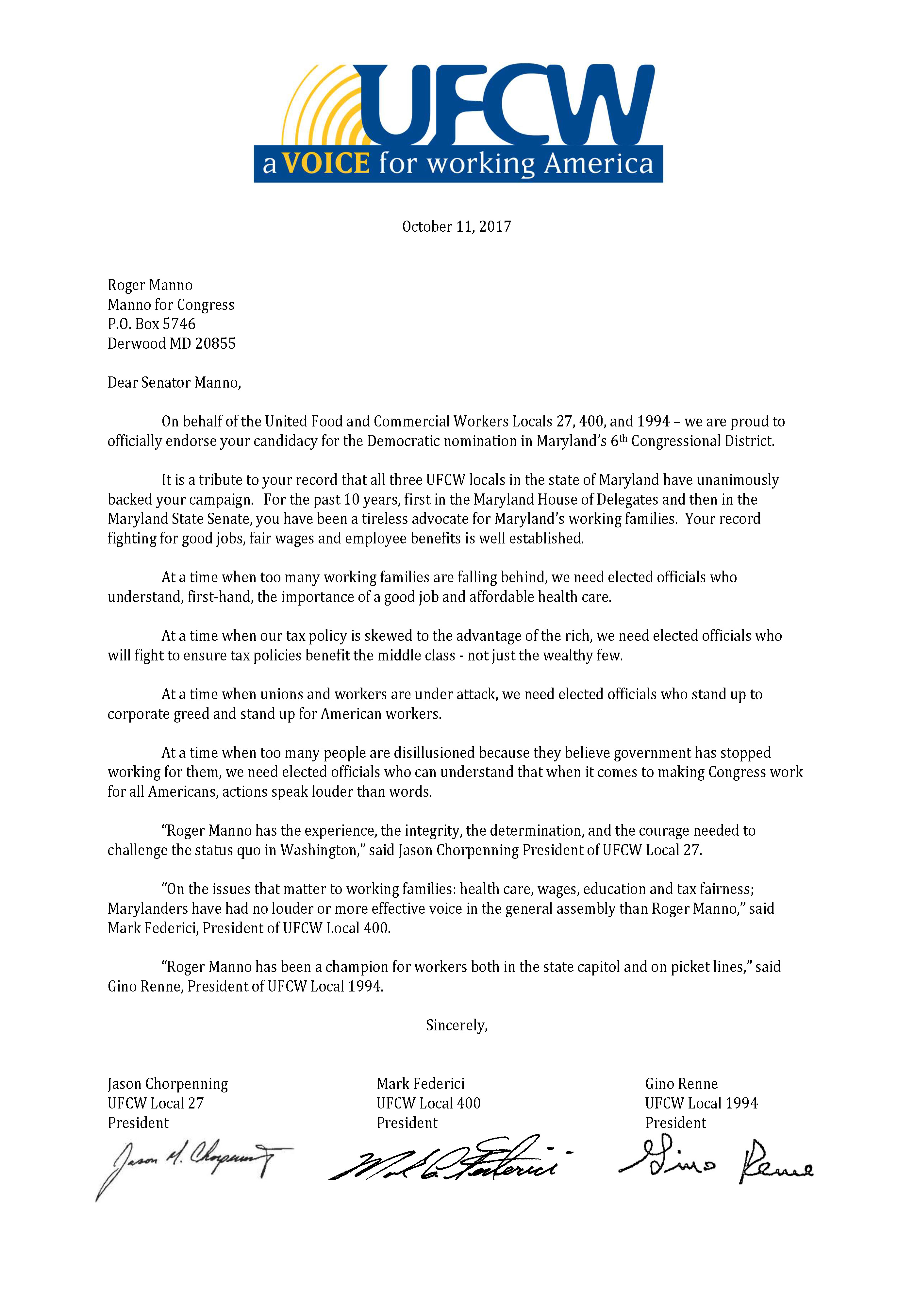 Local 1994 has joined UFCW Local 400 and Local 27 in officially endorsing State Senator Roger Manno for Congress. Manno is running for the seat in Congressional District 6.

“This fight for equality of opportunity is among America’s greatest challenges today,” says Manno on his campaign website. “It begins with a good job, benefits, and a level playing field. And if you get sick, lose your job, or just need some help along the way, you deserve a system that’s fair and built for everyone – and someone to stand up for you and your family.”

“Roger Manno has been a champion for workers both in the state capitol and on picket lines,” said Gino Renne, President of UFCW Local 1994.

Roger is an attorney and former Capitol Hill aide to several offices. He is running against Delegates William “Bill” Frick and Aruna Miller, along with Liquor Mogul David Trone who spent millions in a Congressional race against Jamie Raskin in Congressional District 8.

To learn more about Roger and his campaign, go to: http://rogermanno.com/.

NOMINATIONS AND ELECTION OF LOCAL OFFICERS