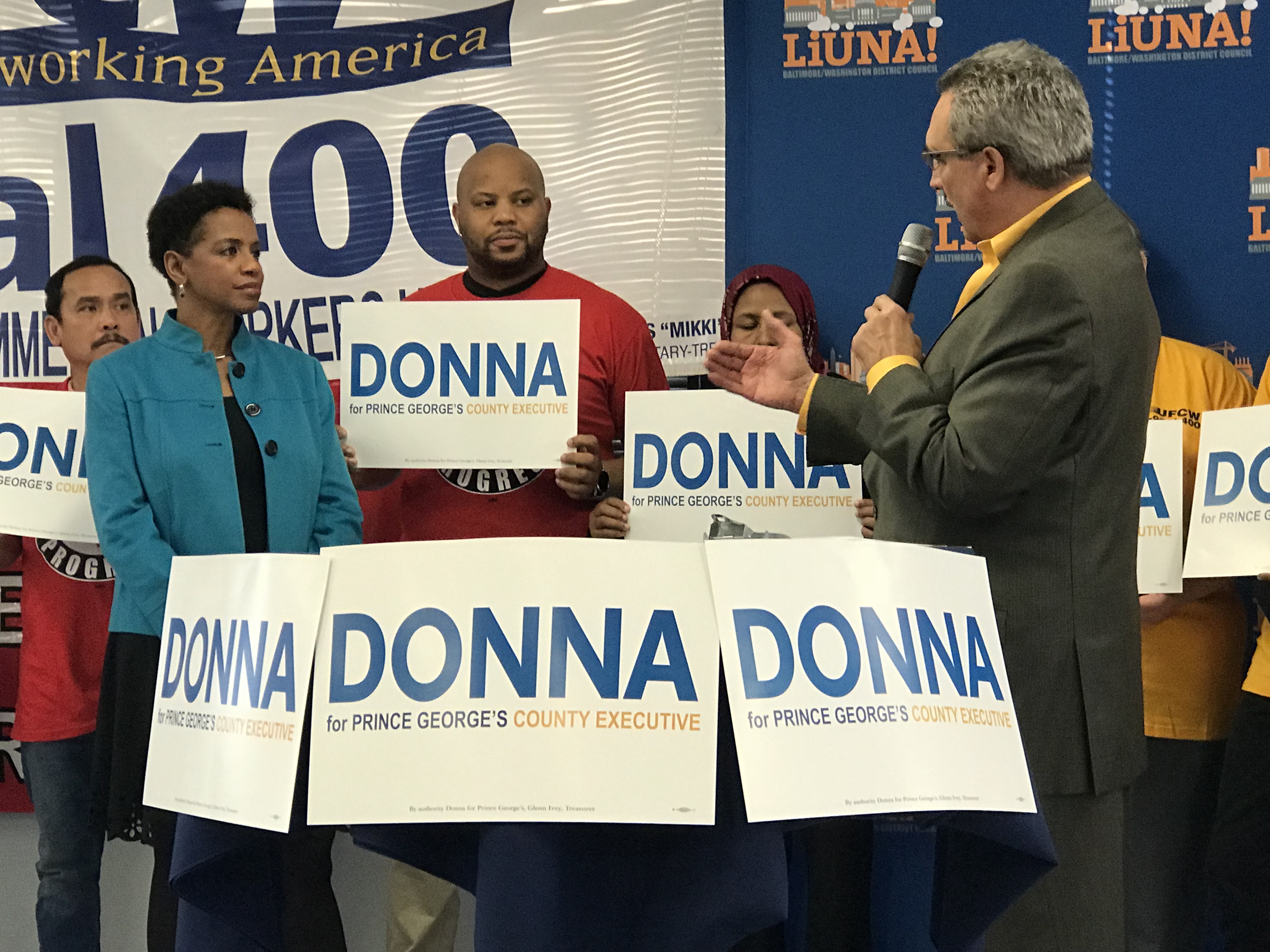 A coalition of four labor unions jointly announced their endorsement of former Congresswoman Donna Edwards for Prince George’s County Executive on November 30, including UFCW Local 400, UNITE HERE Local 25, LIUNA Mid-Atlantic, and UFCW Local 1994 MCGEO. Together, the organizations represent more than 10,000 workers in the county.“We are proud to once again lend our support to Donna Edwards,” said UFCW Local 400 President Mark Federici. “Donna stays true to her progressive values, even when the odds are stacked against her. These days, Donna is just the kind of champion we need. In Congress, she consistently fought to bring better opportunities to working families. But beyond fighting for strong policies, Donna understands the importance of bringing every aspect of the community together to get things done. As executive, we know she will bring much-needed opportunities to the hardworking men and women of Prince George’s County.”“The members of UNITE HERE Local 25 proudly endorse Donna Edwards,” said Linda Martin, President of UNITE HERE Local 25. “As hotel workers, our priority is to ensure that our next County Executive is a true champion of working people, and there is no better champion than Donna. She stood with Local 25 members when we organized at the Gaylord hotel in National Harbor, and her unblemished record of supporting unions and progressive policies is exactly what Prince George’s County needs as we look to the future. Local 25 understands that for Prince George’s County to fulfill its potential, we need a County Executive with a fresh vision who puts people before special interests and developers. Donna is that person.”“She has remained a champion for working people throughout her career,” said Dennis Martire, Vice President and Regional Manager of LiUNA Mid-Atlantic. “She fights for working families every day, and that is why LiUNA proudly stands with Donna Edwards.”“Donna Edwards has defended our community as a member of Congress, an organizer and a non-profit leader,” said Gino Renne, President of UFCW Local 1994 MCGEO. “It is because of Donna’s fearless integrity that she will bring our community together to ensure government is transparent and accountable to the people and ensures that our economy benefits Prince George’s working families.”###The United Food and Commercial Workers Local 400 represents 35,000 members working in the retail food, health care, retail department store, food processing, service and other industries in Maryland, Virginia, Washington, D.C., West Virginia, Ohio, Kentucky and Tennessee.UNITE HERE Local 25 is a union of over 6,500 hotel workers in the Washington D.C. area, including 3,200 members at National Harbor.The Laborers’ International Union of North America (LIUNA) Mid-Atlantic Region represents more than 40,000 working men and women in Pennsylvania, Maryland, West Virginia, the District of Columbia, Virginia, and North Carolina.UFCW Local 1994 MCGEO members provide important services for improving the lives of millions of Marylanders through their tireless efforts at the Prince George’s County Memorial Library System, Maryland-National Capital Park and Planning Commission, the Montgomery County Government, the Housing Opportunities Commission of Montgomery County, and the Cumberland City Police Department. MCGEO is a public and private sector union, representing thousands of employees in Prince George’s and Montgomery Counties and the City of Cumberland.

Questionnaire on DOCR And EFMLA 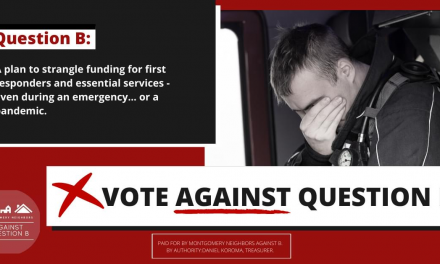 Vote Against Question B